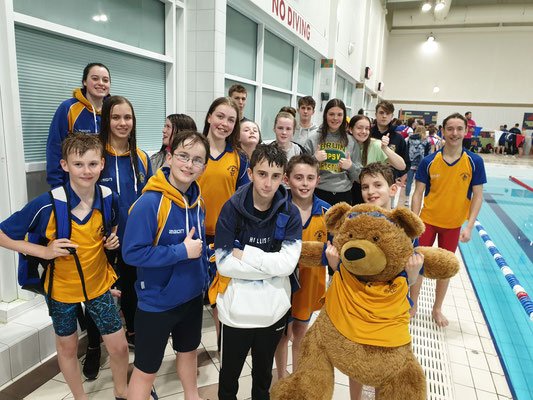 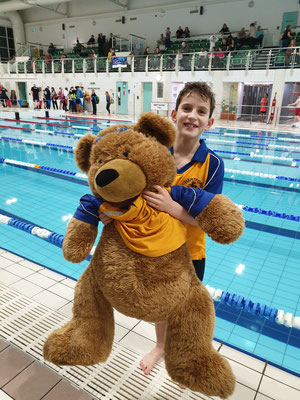 Hertford travelled to Potters Bar for round 2 of the Herts Major League. This gala was always going to be tough as I suspect we were against the eventual winners - Hatfiled and with 12 swimmers not being available for various reasons, this made the competition even more of a challenge.

Our swimmers stepped up, many swimming events that they wouldn't normally compete in, which showed commitment to the team. There were some great results on the night but what showed through above all else, was that we didn't have any disqualifications - swimmers are becoming technically better, which can only be achieved through training. So well done to all!

The Hertford Teddy was awarded to James Cox who was called in as a reserve, but made himself available to support the team. James performed great takeovers in his relay races and achieved a massive 10 second PB in one of the events.

The final round is going to be tough as we're against the biggest clubs in Hertfordshire,  but if swimmers continue to attend as many sessions as possible, train to the best of their ability and everyone makes themselves available for 28th March, we will hopefully retain our division 1 status for what I think is the 12th consecutive year!

How to join us?

We welcome enquiries from keen, competent swimmers of all ages

Anyone 18y+ who wishes to try

Anyone for Water Polo?